Carlos Olvera a.k.a Vegan Cannibal focuses his practice on art, music and tattoos. His work addresses Underground, Punk, Pop and different countercultural strategies with their visual imaginaries, developing a grotesque aesthetic based on the human body depiction and apocalyptic landscapes that you can usually see on his painting and collages but also on the immediacy of drawings. Sculpture, installation and space intervention has been also part of his work.

Since 2012 Vegan Cannibal has been Olvera’s chosen alter ego to sign all of his projects. Recently he has shown in Copenhagen, Berlin, Spain, USA and Mexico. During the last years, he has also participated in notorious art collectives and artists-ran spaces Mexico such as Neter, Zinamigos and Feral, with whom he has collaborated for solo and group shows as well as taking part in publications and festivals. 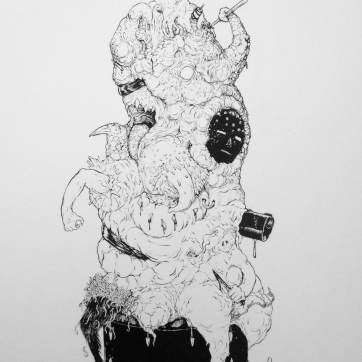 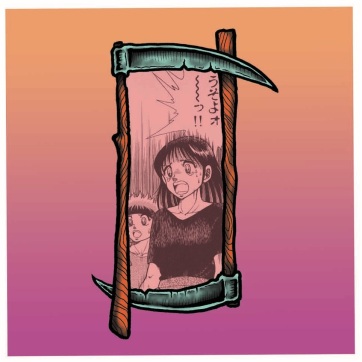