Yesterday I had a dream-like experience at the Bartholomew Pool called “My Park, My Pool, My City“, here in Austin, Tx. I’ve heard about the outstanding/unusual pieces by Forklift Danceworks but unfortunately, I’ve never seen it in action until yesterday. MIND BLOWN!

They choreograph, integrate, and create an experience that gave me chills, and made me shear a tear or two; the way they expose the everyday art, the common hero, it’s so simple and gorgeous!

Let this fun piece connect you to your community, inner child and humanity in general, your soul would truly appreciate it!

There are a few tickets left here, make sure you get them! 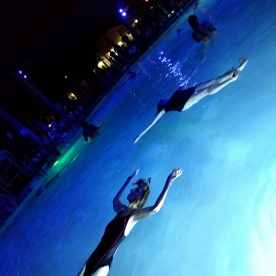 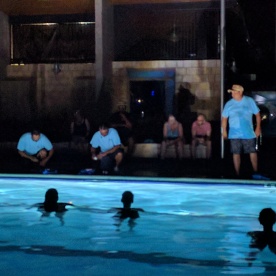 What a delight last Sunday was! Not only did we enjoy ourselves with plenty of cold craft beers at the beautiful Axelrad Beergarden, we also got some nourishment with a slice of delish Luigis Pizzeria’s pizza (yes, by “a slice of pizza” I mean I didn’t even bother to count how many I ate). On top of that, we had the MEGA Pleasure of listening to Gabriel Santiago and two very special guests. It was PRICELESS!
Sidiel Vieira & Thiago Rabello joined one of my favorite musicians and gave us an amazing, breathtaking afternoon ❤
It’s freaking magic when you can hear music being fabricated. The artists jammed, looked at each other, and knew exactly how to transport the entire audience at all times. We were delighted with covers and some new tunes from their new album “Traveler”. BRAVO!
Thanks to our lovely friends from Wonky Power for making this beautiful experience happen!
For all of those that were not able to attend and experience it live, I’m sorry, I wish you had. As I write this post looking at one of Greometria’s drawing I think it somewhat connects all the magic I was able to experience that day. I hope it touches you in a similar way.
If you would like more info, check out the links:
New Gabriel Santiago album
Greometria’s art work here!
Additional thanks to Lauren for the pic & Lorette for joining us. We love you ladies!

Gabriel Santiago is ready to launch his 10th album “Traveler“! He just needs a bit of help to bring it to life and tour with it 🙂

Please go on to this link and find out how to pre-order, pledge, and get some amazing perks while supporting our extraordinaire local Jazzanovic Gabriel Santiago ❤

I’m really happy to introduce you to “Stylo“, our new Band! The concept is a customizable band for events that will adapt to your music needs. The idea actually started with “GetYourGig”, our booking & management agency, back in Mexico in 2009.

Since we work with amazing people and musicians, we can pretty much guarantee we have a project or an artist that suits you and your event; having that in mind, with Stylo you’ll be able to make requests and guide us onto your ideal group and we’ll deliver!

We have amazing voices/faces/talent for you, from ChidoMachine DJing, to the best composers, award winning singers, multi-instrumentalists, etc. Let us know how we can help you; we’d love to be part of your celebration!

I didn’t say anything when JuanGa passed away; there was enough people talking about it either way (Even Obama tweeted!)… But, when I heard the idea about doing a tribute in his honor, I thought that was the perfect way for me to contribute and express what we as Mexicans and music lovers feel about it/his passing 😦 So, this September the 30th we’re doing a Tribute to JuanGa and I just wanted to invite you guys to enjoy one of the best Mexican gifts to the world, Juan Gabriel’s music (or as I call him for reference, the Mexican Elton John haha). 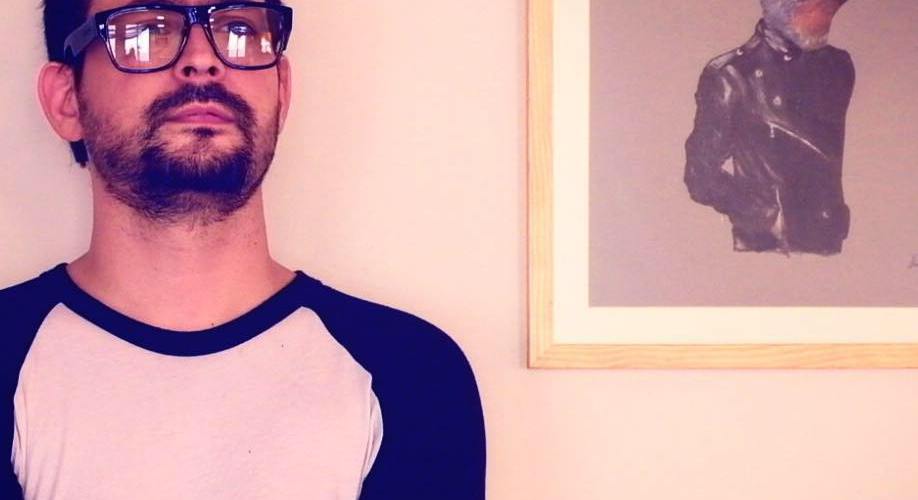 My good friend Mauro Muñoz recently released his new single“Todo Está Bien” (Everything is OK) I heard it, loved it and of course I had to write about it. Personally, this song is certainly relevant and uplifting right now. In his words, “Todo esta bien” is a song about how you cannot control your surroundings, only the way they affect you plus, deciding that if you think something is going wrong or bad, you have the power to transform it into something good or “OK”. Right on the spot, don’t you think?! This collaboration is one of many that he has done with Alan Saucedo (this one adding Cecy Leos as well). The single is the first one of an album to come and you can find it at Spotify, Google Play, Apple Music, iTunes, Deezer, etc.

Let me give you a back story about this amazing composer; Mauro is from my hometown Monterrey, he has been living in Mexico City for over 4 years now, and this change has been great on his work (and his fans since he’s working more than ever!). He has been on the industry as a composer for many years, if you’re into Latin music, odds are you’ve listened to his work before in every genre possible, some examples of who’s used his songs are: Emilio Navaira, Bobby Pulido, Tatiana, Lemongrass, Sasha Benny y Erik, Tren A Marte, La Firma, Samo, among others.

I heard on an interview that he was almost forced into performing some of his compositions because there were songs so personal that he wouldn’t be comfortable delivering or hearing them from someone else; I have to say if you put attention, you can understand this because of how intimate and deep they are. He can be poetic both with his lyrics and music layering, which makes it sooo good for us the listeners.

Whenever he’s working on his own project he’ll work on everything from start to end; writing, playing  every instrument, etc. Genres are not important for Mauro Muñoz, he’s in it to win it no matter the shape or form a song gets in the process. Growing up he had all kinds of musical influences from his parents, from Led Zeppelin to Joaquin Sabina, & everything in between.

Hope you have some time to listen to his project, here are his social media links for you to start enjoying and preparing for his next tour in Texas, we’re already working on it! 😉 Twitter, Instagram, Facebook & Soundcloud

Have a lovely rest of your week!!!
Widgets